Munchie Magic has now opened 50 locations since Washington State issued a statewide stay at home order on March 23rd, 2020 and Munchie Magic was designated as an essential business supporting the supply of foods and other goods to consumers who are staying at home.

Barry Henthorn CEO stated: “Not only does Munchie Magic continue to grow in the number of locations but in menu options as well. We recently have added hot foods such as fried chicken and pizza to many of our locations and plan on launching exciting new additions that are currently being tested shortly.”

The media buys, integration, technology development, IP, and other cutting edge marketing for the Munchie Magic virtual restaurants are made possible and are being created via digital media/technology frontrunner ReelTime Media (OTC:RLTR) www.reeltime.com. The integration consolidates and analyses data from the delivery partners DoorDash, Uber Eats, and GrubHub along with sales, cost information, and pertinent demographics from Munchie Magic’s Pick up Partners. ReelTime Media’s capabilities are redefining how companies are evaluating and purchasing their TV, radio, print, and other new digital media.

About Baristas Coffee Company/ Munchie Magic: Baristas is a publicly traded national Coffee Company that is recognized throughout the US. It is the majority shareholder of Munchie Magic, Inc. which manages the virtual restaurant which delivers Ben & Jerry’s ice cream, Baristas Coffee, and other snack foods via third party delivery partners. Baristas currently produces and sells coffee related products under the Baristas brand. The Baristas White Coffee single-serve cups compatible with the Keurig 2.0 brewing system is the bestselling product in its category. Baristas also markets other coffee-related products. Baristas gained mainstream exposure when it became the subject of “Grounded in Seattle” the reality show special feature which aired on WE tv. It has been featured nationally including during Shark Tank on CNBC with Front Montgomery, CNN, ESPN, Food Network, Cosmopolitan Magazine, Forbes Magazine, Modern Living with Kathy Ireland, Sports Illustrated, NFL Monday and Thursday Night Football with Megs McLean, at NASCAR Races, The Grammys, NBA TV, and other notable media. 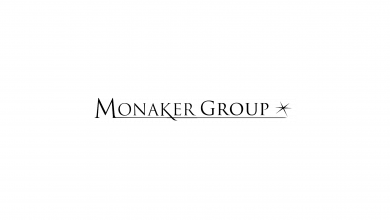