This will be the first of many
assets announced within the J. Craig Holding Corp. portfolio and its first
movie financing. Ultra Pure Water Technologies CEO, Jerry C. Craig, who
recently submitted the required paperwork for an official name change to FINRA,
is no stranger to Hollywood production. Mr. Craig has worked in or on multiple
films in his career.

“I am excited to work with Nate on this
project. He is a true patriot and after reading the script, I was moved by its
overall message. I love football, have tremendous respect for our military
troops and knew I had to be a part of this production,” stated Jerry C. Craig.

Under the financing agreement, the company
shall be entitled to recoup their original Investment Contribution, with a 20%
premium from gross receipts. The company is also entitled to a cut as high as
33% of the overall profits above certain benchmarks.

Currently entitled “MVP”, which stands for
Merging Vets & Players, features cameos from NFL greats and a star-studded
celebrity cast. The movie takes a deeper look into the sensitive subject of
suicide, a tragedy that happens way too often amongst our military veterans as
they transition into society as a civilian. Nate Boyer plays a retired Marine
living in a shelter known famously as “The Barracks” in Hollywood, California,
who struggles to get off the street, find a job and a home. An ex-NFL star now
dealing with being a civilian himself, no longer in the limelight, he too must
deal with the day to day struggles of accepting and transitioning to his new
life outside of sports. The two men find camaraderie on the sweat stained mat
of a gym. After Boyer’s character loses his best friend due to suicide, the
ex-NFL star accepts the responsibility of protecting Boyer’s character from
doing the same. They are two fighters, from different fields, with a similar
battle at home. Two people, searching for a purpose and a reason to live.

“This film is about the genesis of the
nonprofit MVP (vetsandplayers.org) which I co-founded
alongside Jay Glazer. Combat vets and former professional athletes often
struggle greatly with transition once the uniform comes off. We would never
compare war to playing a pro sport, but I did both and I can tell you that the
locker room, camaraderie, brotherhood, structure and issues with identity loss
are remarkably similar. It’s a blessing to work with Mr. Craig and am truly
humbled to have him assist in our film and believe in my vision,” added Boyer.

The movie, which is set to shoot this fall,
hopes to be ready for market by the summer of 2021. Similar movies such as The
Wrestler, Garden State, Into the Wild, Good Will Hunting, The Fighter, Jarhead
and 8 have seen tremendous success in the independent film industry.

Nate Boyer is what many would deem a
renaissance man. The Army Green Beret is also a philanthropist, humanitarian,
and former football player for the Texas Longhorns (despite never playing a
down of organized football prior to the Special Forces), and later for the
Seattle Seahawks becoming the oldest rookie in NFL history at age 34. Being a
member of both the military veteran and athlete community, he saw an
opportunity to team up both populations to tackle their transition struggles
together through the charity Merging Vets & Players (MVP) which he
co-founded with Jay Glazer. Boyer’s belief that “Anything is Possible” has
served him well throughout his life and has made him especially fit to speak to
finding one’s passions and living with purpose. Nate currently works in Film
and TV as a producer, director, actor, and host. Among several other projects
he currently produces and hosts the NFL Network show: Indivisible with Nate
Boyer which features NFL cities, players, and community leaders across America,
discussing issues relevant to their communities and how football unites us all
to solve these problems.

J. Craig Holding Corp. is a California based holding
company that focuses on acquisition and support of both distressed and emerging
companies within a multitude of industry sectors. The company actively seeks
targets in which it can partner with or acquire to accelerate growth, targeting
companies with solid management teams and business models, large total
attainable markets (TAM), and lucrative exit opportunities. For more
information visit: www.JCHoldingCorp.com 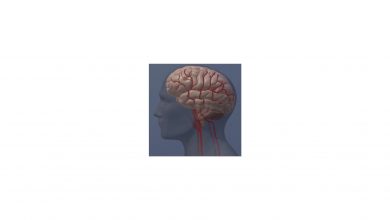