In Addition to Growth, MrFeed® Increased the Immunity of Fish in Fighting Off Sea Lice

(NewMediaWire) – November 11, 2020 – Menon Renewable Products (“Menon” or the “Company”), a global leader in disruptive animal feed technology, announced today results from a research trial conducted on juvenile Atlantic salmon using its proprietary MrFeed® Pro50 FF animal feed ingredient product where the growth of the salmon fed the MrFeed® product was 30% faster than those that were fed a control diet. As a second part of the trial, those same fish were challenged with the introduction of sea lice, and salmon that were fed diets that included MrFeed® saw a 40% reduction in sea lice count as compared to those that were fed the control diet.

The trial, which took place at the Center for Aquaculture Technologies Canada, was designed in two parts to study the intrinsic value of the MrFeed® product by observing both the growth of salmon as well as the parasite-fighting properties against sea lice without the use of antibiotics. The salmon were fed a diet of MrFeed® at three different inclusion levels of 10%, 15%, and 20% as well as a control diet containing no MrFeed® nor antibiotics over 77 days. The result was that salmon that were fed a diet of MrFeed® at any inclusion level saw “remarkable growth” measured as the thermal growth-unit coefficient. The best growth performance was in salmon who were fed MrFeed® at a 10% inclusion level who grew 30% faster than control and commercial diets. In addition to growth, the feed conversion ratio was positively affected by inclusion of MrFeed® at ≤0.78 for all diets and feed intake was not affected by inclusion of MrFeed®.

“We are seeing two common traits in the trials conducted on MrFeed® across all animal types. The animals grow faster and larger, and their immune systems are improved, which enables them to ward off diseases without the use of antibiotics,” said Dr. Suresh Menon, Founder and President of Menon. “These two observations are not just significant for farmers who are looking for larger and healthier animals, they are indicative that MrFeed® is capable of boosting the immunity of most living things while providing essential proteins to the body. As the world population continues to grow and the need for sustainable substitutes to traditional food becomes more apparent, MrFeed® may be more revolutionary than we even originally anticipated.”

The second part of trial was designed to examine any improvements to the salmon’s immune systems in defending against sea lice after the introduction of MrFeed® to their diets. While aquaculture faces several challenges as it relates to profitability and sustainability, sea lice infestation is arguably one of the largest issues. At a rate of 50-100 per fish, sea lice were introduced to the salmon tanks and results were measured under magnification from fish on the 7, 14, 21, 26, 33 and 40th day post exposure. The results were that any salmon fed a diet including MrFeed® saw a 40% reduction in sea lice count as compared to those that were fed the control diet.

Additionally, at the conclusion of the trial the fish were dissected to analyze the Hepcidin and Lysozyme levels in mucus. These levels are indicators of the overall health of the liver and spleen of the fish. The results showed increased hepcidin and lysozyme in mucus observed with salmon given MrFeed® that were exposed to toxins from parasites, indicating a healthier immune system, most likely leading to the decrease in infection of those fish that were fed MrFeed®.

Additional MrFeed® Pro50 FF trials are ongoing in the United States and around the world and results from those are also expected soon.

You can learn more about Menon and purchase MrFeed® products at www.menon.us.

Menon Renewable Products, Inc. (Menon) was founded in 2013 by Dr. Suresh Menon and is based in San Diego, CA.  Menon has developed a patented process that converts hydrocarbon-based sugars from agriculture-based raw materials into a functional animal feed ingredient under the brand name MrFeed®.  The ingredient not only overcomes anti-nutritional factors in many animal feed products, but also replaces various grains, related proteins, animal by-products, fishmeal and other components.  MrFeed® meets increasing worldwide demand for an abundant, sustainable, cost competitive and renewable source of animal feed.  MrFeed® has been proven in aquaculture, poultry and swine (with other animal species currently under testing) and has demonstrated superior performance when compared to traditional feeds in the areas of survivability, growth, disease remediation, FCR and overall animal health.

MrFeed® represents a disruptive technology that will significantly enhance animal growth and gut health.  Through inclusion of a spectrum of unique prebiotics, nucleotides and peptides, MrFeed® enhances digestibility, promotes animal health and reduces the need for antibiotics and other disease remediation treatments.  By utilizing agricultural and related by-products, MrFeed® reduces environmental pressure caused by overuse of unsustainable animal feed ingredients (such as fish meal). 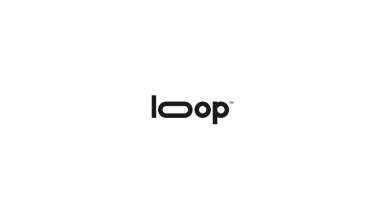