The F3 FIN research proved the benefits of MrFeed® Pro50, one of Menon’s MrFeed® formulations of sustainable and functional ingredients, and Veramaris’ natural marine algal oil, for shrimp diets. Shrimp that were fed a diet with standard levels of Docosahexaenoic acid (“DHA”), where MrFeed® replaced fishmeal at an 18% inclusion level, achieved a survival rate that was 20% greater than competitive feeds. At this inclusion level, the feed cost was competitive with traditional fishmeal based diets while the MrFeed® diets achieved faster growth, higher survival and significantly enhanced yields. In another formulation, where the diet included not only MrFeed® as a replacement for fishmeal (at an 18% inclusion level), but also 4% highly concentrated DHA from Veramaris® Vera Oil®, survival rates for shrimp were 60% greater than commercial diets. In the future, this ingredient combination in a commercial diet would be very attractive to end users.

“MrFeed® has once again demonstrated superiority over traditional fishmeal and fishmeal free alternatives in growth, survivability and disease remediation,” said Dr. Suresh Menon, Founder and President of Menon. “The F3 Feed Innovation Network is one of the leading groups researching replacements for fishmeal in aquaculture and this result demonstrates not only the ability of MrFeed® to replace fishmeal, but also to overcome many of the disease challenges being faced by today’s aquaculture industry.”

To date, MrFeed® has been tested on over 400 million shrimp, averaging a 25% increase in yield as enhanced immune system health drives faster growth and higher survival.

“Our product can replace 100% of fishmeal while strengthening the immune system of the animal. Importantly, MrFeed® is a disruptive technology as it is already being produced at scale with pricing that is competitive to traditional feed formulations, even before factoring in the benefits of higher yields,” added Dr. Menon.

“The quest for a sustainable, nutritious and cost effective feed ingredients represents the most urgent issue facing the animal feed industry today, particularly in aquaculture,” said Frederic T. Barrows, PhD, a senior researcher on the study. “Through this study we were able to demonstrate that two innovative ingredients, MrFeed® for protein and Veramaris® Vera Oil® for essential fatty acids, provide an excellent source of non-marine harvested nutrients.  This study again demonstrates that animals require the proper balance of nutrients and do not require specific ingredients, like fishmeal or fish oil.”

Additional studies with Veramaris®/Menon®-based diets for shrimp will be announced in the future. MrFeed® is now available to purchase for commercial application and/or testing.

For more information about Menon and MrFeed® and for contact information to place orders please visit us at www.menon.us.

Menon Renewable Products, Inc. (Menon) was founded in 2013 by Dr. Suresh Menon and is based in San Diego, CA.  Menon has developed a patented process that converts hydrocarbon-based sugars from agriculture-based raw materials into a functional animal feed ingredient under the brand name MrFeed®.  The ingredient not only overcomes anti-nutritional factors in many animal feed products, but also replaces various grains, related proteins, animal by-products, fishmeal and other components.  MrFeed® meets increasing worldwide demand for an abundant, sustainable, cost competitive and renewable source of animal feeds.  MrFeed® has been proven in aquaculture, poultry and swine (with other animal species currently under testing) and has demonstrated superior performance when compared to traditional feeds in the areas of survivability, growth, disease remediation, FCR and overall animal health and welfare.

MrFeed® represents a disruptive technology that will significantly enhance animal growth and gut health.  Through inclusion of a spectrum of unique prebiotics, nucleotides and peptides, MrFeed® enhances digestibility, promotes animal health and welfare, while reducing the need for antibiotics and other disease remediation treatments.  By utilizing agricultural and related by-products, MrFeed® diminishes environmental pressure caused by overuse of unsustainable animal feed ingredients (such as fish meal). 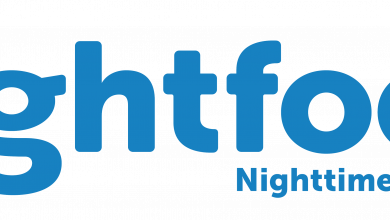 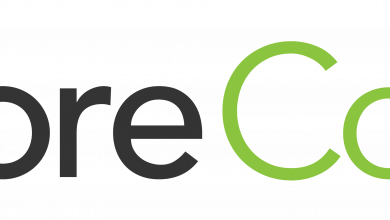