The Future of Entertainment Marketing

Movii
Technology, LLC, located in the heart of California’s entertainment
industry, recently completed four years of successful operations. After
announcing plans to go global, specifically expanding into the Asian
industry, the platform recently made news for its new age marketing
based on cost-benefit analysis.

MoviiTechnology is a 5-year old
cultural company whose main business is helping to promote films that
have not yet been released. As of the second quarter of 2022, the total
assets of the company have exceeded US$850 million, forming a cultural
industry pattern of large-scale operation. The company has formed a
high-asset value-added movie promotion industry chain in Germany,
France, Saudi Arabia, Azerbaijan, Qatar, Turkmenistan, Spain, Turkey,
Peru, Guatemala, Iran, Romania, the United Kingdom, Italy and other
countries, with wonderful movie news at all times, value-added market
demand and box office guarantee, enhanced traffic introduction for cash,
personal online viewing innovation revenue, offline agent operation,
cinema alliance The company’s business promotion, movie streaming, and
Hollywood international superstars and a number of international
theaters around the world have signed a cooperative alliance for
MoviiTechnology to achieve win-win cooperation.

As Movii
Technology is gradually recognized by the international market in 2022,
Movii has also received a lot of interest from investment institutions
and fund organizations, who believe it will be a bright star in the
international film market in the future.

Movii’s Board of
Directors has also indicated in its senior-level meetings that it will
soon begin to lay out its global regional subsidiaries to create more
value for the community and the film industry.

In addition to the
above important information, we also learned that Movii’s ambition is
not only that, Movii has plans to enter the film and television creation
field in the near future, directly participating in the shooting and
distribution of movies.

Most importantly, Movii will soon create a foundation for these great projects, so let’s wait and see!

Since
the unprecedented Covid-19 crisis, the world has witnessed a huge power
shift in many ways. The entertainment industry has been the most
severely affected: movie theaters have been shut down, releases have
been delayed, and many other films have been released on digital
platforms. The fact that the affected film culture was not resurrected
by the Covid-19 crisis suggests that the digital world of cinema has
been all but accepted by audiences. This raises the question of how to
maintain the same commercial charts as cinema releases.

As the
entertainment industry gears up for a power shift, Movii Technology work
with globally recognized streaming giants to bring a simplified
approach to an otherwise complex algorithm that helps movies reach the
masses before public release.

‘We were founded in 2018 with one
goal in mind to articulate: to be the symbol of global entertainment. We
brought an unprecedented approach that many people had doubts about,
and rightly so. But over the years, Movii has helped more than 1,200
movies become popular on the Internet, witnessing a significant increase
in ratings. The motto must be either think about the future or bite the
bullet. We’re here to guarantee results with our state-of-the-art
marketing methods.’ -Movii Technologies, LLC team.

Movii has been
using the formula of increasing demand to help get higher ratings as
different types of “upcoming movies” that viewers can choose from based
on their personal preferences. It has taken a viral approach to social
media to build and expand the online presence of movies scheduled for
release, making it a trend that maximizes viewership. With a success
rate approaching 80%, building momentum for an upcoming movie into the
top 10, Movii has built a reputation as a reliable strategic marketing
partner in the entertainment industry.

Movii also broke major
headlines in 2021 when it received national recognition and attracted
the interest of entertainment giants who showed interest in partnering
with Movii to promote the entertainment industry with its unparalleled
services and received favorable reviews.

For more details and information, please visit their website, A Larger Than Life Entertainment Industry.

Movii
Technology LLC is a new age marketing platform based in California.
Founded in 2018 with a vision to revolutionize the traditional marketing
mechanics of the entertainment industry, Movii has helped achieve over
1,200 films to gather audience attention online prior to public release
with an 80% success rate in building momentum for films to rank in the
top 10 in just 4 years. 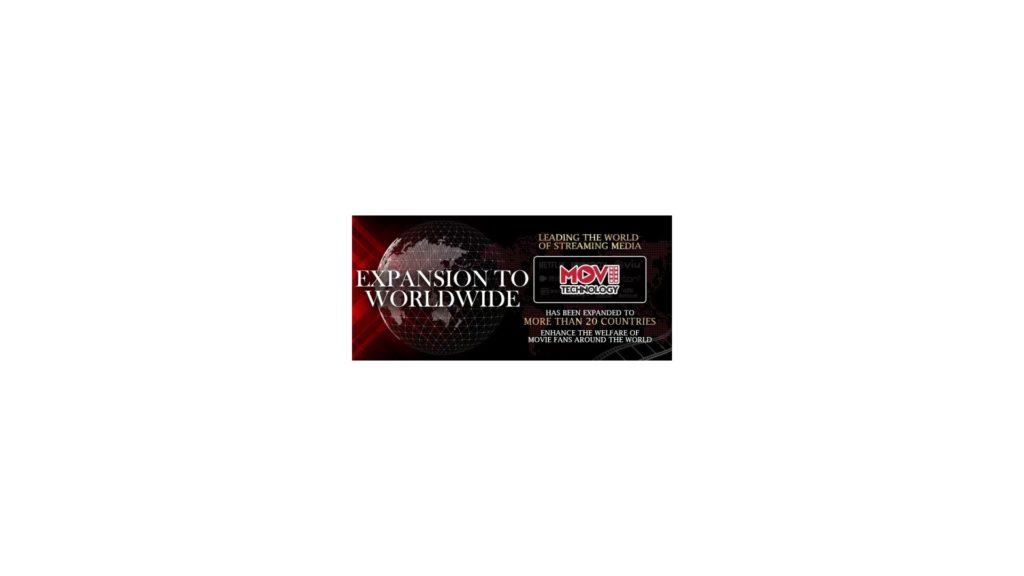