Approximately 25% of the revenue is derived from advertising. DeDonato Enterprises currently owns and/or manages 47 news websites, including those belonging to high profile personalities, which collectively generate nearly 10 million page views per month. Advertising is brokered and placed through these sites and their associated email newsletters.

Roughly 10% of the revenue comes from renting out the opt-in database of conservative consumers that DeDonato Enterprises has built over the years. Conservative candidates and campaigns retain the agency to send targeted fundraising messages.

The remaining 10% is generated from consulting services for various clients across several industries who can benefit from the expertise and mindshare of DeDonato.

The plan is to complete the customary due diligence in the next three weeks including the signing of a Definitive Agreement and closing in September.  Assuming a September close, the financial results of the acquisition will be included in Q-3 financial results posted through OTC Markets.

Mark Schaftlein, CEO of CBMJ, stated, “We intend to utilize Flag and Cross as the initial building block of a long-term strategy to be a leading player in conservative media.  We intend to build upon the success of the initial acquisition to build the company through organic growth along with prudent acquisitions.”

Brandon Vallorani, DeDonato’s CEO, remarked: “The Conservative media landscape is fractured, predominantly lead by Fox News Channel.  Due to this fragmented sector, post-closing other acquisition opportunities will be considered. Throughout the process, we will always strive to provide as much information to our investors as possible and look forward to closing this transaction in the weeks to come.”

About DeDonato Enterprises: DeDonato Enterprises, L.L.C. is a Digital Marketing Agency based in Metro-Atlanta that specializes in reaching a conservative / libertarian / religious audience. Among other assets, DeDonato operates numerous social media accounts across several platforms with over 2 million followers, owns an active database of 1.2 million opt-in email subscribers, and publishes a network of 47 monetized political/news websites generating 10 million-page views per month. Some of the marquis sites include www.flagandcross.com, and www.libertyhub.com.The Company also maintains one of the largest collections of historical documents on the web at www.constitution.com. In addition, DeDonato operates a brick and mortar coffee shop in Hiram, GA and e-commerce websites including www.thrashercoffee.com/, www.valloranicigars.com, and an e-commerce portal at their primary site www.store.flagandcross.com/.

About CBMJ: (CBMJ) dba Canna Broadcast Media specializes in getting mainstream media cleared promoting the cannabis sector including network TV, radio, and digital ads targeting those who wish to take advantage of the incredible investment opportunities that exist in the cannabis sector.  Canna Broadcast Media owns “LoudMouth News” www.loudmouthnews.com which became the first and longest-running syndicated terrestrial radio news program that focused on the news relating to the marijuana industry. LoudMouth News presents the news and commentary in an entertaining neutral manner highlighting the most impactful current news in politics, products, sociological issues, and businesses.

Completion of the transaction is subject to, among other things, the completion of due diligence, the negotiation and execution of a definitive agreement providing for the transaction, satisfaction of the conditions negotiated therein, and the satisfaction of other customary closing conditions. Accordingly, there can be no assurances that a definitive agreement will be entered into or that the proposed transaction will be consummated on the terms or timeframe currently contemplated, or at all. 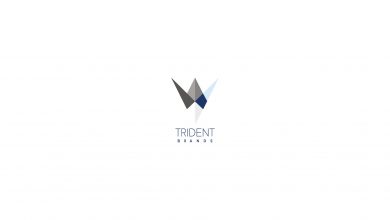