Pennexx has been developing this application in conjunction with OEM manufacturers to be compatible with Android and Apple IOS smartphones and tablets as well as Microsoft Windows and Google Chrome laptops and tablets.

This application will generate new and exciting opportunities for the YSO brand because it enhances its availability and functionality. The company is working on contracts with OEM manufacturers and resellers to have the software pre-installed (preloaded and bundled) on devices to create an immediate value to shareholders and the company’s revenues while creating a unique benefit to users who receive these devices.

By preloading the YSO app on user’s devices and the simple click of the YSO icon, they eliminate the need for users to navigate the internet to locate the product themselves. Users will automatically be introduced to YSO and learn about the benefits of the product.

This application will also be made available in the Google and Apple Store, providing a great deal of visibility and easy access to the consumer.

This App will give users more functionality, such as being immediately notified when they are in the vicinity of a YSO merchant, locating products by scanning in-store barcodes, and the ability to search for products, services, and merchants directly from the App.

It will also include features for the user to make redemption and management of coupons easier. Consumers can show a merchant their coupon with a simple click eliminating the need to open an email with the coupon.

The YSO app preloaded on these devices creates more savings for the consumer and more business for merchants. It will increase the number of YSO consumers and increase Pennexx’s revenue by increasing sales and licensing fees.

The App will also connect with the YSO debit card so that users can manage their YSO funds, directly receive rewards, and complete purchases directly.

According to Medium.com https://medium.com/@KNOWARTH/9-advantages-of-mobile-apps-over-responsive-ecommerce-websites-6aed1e6db0d8, there are nine advantages to a mobile smartphone app as opposed to the responsive website access that YSO currently offers. They include:

·       Instant online and offline access, excellent when you may have limited coverage inside a merchant

YSO is planning to offer social media influencers a direct, trackable link to sharing offers and monetizing their social influence in a real-time manner.

The App will include collecting donations for charities with unique coupons for merchants only available to those who donate.

Users can also have the ability to purchase coupons redeemed with merchants with a system similar to that of GroupOn™.

When YSO makes this App available to all the major platforms, users will benefit from YSO, and YSO should benefit from a tremendous increase in user potential, revenues, and branding.

All of these features, in combination, can have the effect of supercharging YSO’s growth.

Vincent Risalvato, CEO of Pennexx, said, “Pennexx has been developing the smartphone app in a confidential manner; however, it is now close enough to being completed to announce to the public. I consider this a major milestone in the company and one that I believe will redefine YSO and Pennexx as a whole. Joining the Apple and Google App Store marketplace will give our consumers and merchants a tremendous tool for growth and savings.”

According to Statista.com https://www.statista.com/statistics/322286/groupon-mobile-app-downloads/, the GroupOn™ smartphone app was downloaded to devices 200 million times in 2019. Pennexx believes the YSO App represents more value to a consumer than the GroupOn™ App because it hosts additional varieties for the consumers can be rewarded.

Pennexx will do their best to openly and publicly answer your questions and concerns via social media on Twitter https://twitter.com/pennexx @pennexx, or you may email investors@pennexx.net. 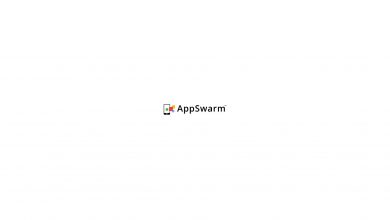