HUSH AEROSPACE LLC. was founded in 2019 as a Virginia Limited Liability Corporation. It is headquartered in Virginia Beach, VA

Hush Aerospace is a UAV Design and Manufacturing company located in an 88k square foot facility in Virginia Beach, VA with an international office located in the UK.

As a company, Hush Aerospace is a growing American business that fulfills product design, prototyping, analysis, and manufacturing of Unmanned Aerial Systems (sUAS) for achieving multi-modal mission capability across air and water.

Our company goal is to change the way the UAV industry is perceived by creating reliable platforms that are capable of long flight times and are payload agnostic but with an emphasis on lowering the acoustic signature of vehicles so they are designed to be integrated into day to day life.

Hush platforms have been and are currently being used across both government agencies and within the private sector as a reliable way to lower the end-users costs while safely saving time through unique platform designs.

Our goal is to efficiently introduce market sustainable solutions that can be integrated into daily lives as a way to save time, money, and better everyday life.

Said Alan Morell: “Zak is the true-to-life Tony Stark IRONMAN; pure genius and visionary within the Aerospace sector. His NASA pedigree is incredible. It is such an honor and pleasure to be appointed to the Board of HUSH AEROSPACE as KEY ADVISOR by Zak, alongside my valued client Chairman J. Bernard “Bernie” Rice. I am very excited about the future of HUSH and share Zak, and Bernie’s vision.”

Zak Johns has been an aviation aficionado since he was a toddler. He started piloting radio controlled aircraft at 4 years old; by the time he was ten years old, Zak had turned a lifelong R/C hobby into a career competing internationally in 3D R/C helicopter contests, and shortly began partnering with industry heavy hitters like Futaba, Align Helicopters, and many more. After years of competing, he was among the top handful of pilots in the world.

Zak is the CEO and founder of HUSH AEROSPACE, an aviation company focused on revolutionizing unmanned vehicles, and urban air transportation utilizing electric vertical take off and landing aircraft. Since its founding, their world class engineers and designers have produced dozens of unmanned aerial vehicles, including developing and piloting the NASA Greased Lightning, a unique sub scale UAV eVTOL demonstrator focusing on distributed electric propulsion (DEP). Zak also works in the NASA Autonomy and Robotics Institute in the role of Chief Pilot. He assists with the development of research in unmanned applications of machine learning, computer vision, path planning and path replanning, obstacle detection and avoidance, and much more.

Mr. Morell is one of the few in the sports, entertainment and the arts industries who has represented and managed clients that have won the prestigious awards: Grammy; Tony; Clio, Telly, Oscar; Emmy, ESPY and Victors.

Throughout his career, Mr. Morell created and/or managed more than 3,500 campaigns for talent and Corporations globally.

Mr. Morell supports the humanitarian efforts of Darfur; Haiti Relief; Sconset Trust; MSPCA; serves on the Board of Leadership for Mass General Hospital and is a graduate of the University of Florida.

Mr. Rice is recognized as one of the world’s leading experts in Information Technology. Mr. Rice has a wealth of enterprise business experience and significant senior level relationships that are indispensable in developing many strategic partnerships. His Partner, General Wesley Clark and Mr. Rice are currently driving in a portfolio of companies with leadership capabilities in Financial Processing, Medical Cannabis, Green Energy, Accessibility, Education and Real Estate.

Mr. Rice began his career with IBM in sales and held various sales leadership positions until 1983 when he entered IBM’s finance fraternity. Mr. Rice’s work in business case structure and portfolio analysis led him to a role as IBM’s Finance Director for Application Software in 1985. He was promoted several times such that by 1989 he was appointed Director of Finance, Planning and Administration for IBM’s Southern Area. In that role, Mr. Rice was responsible for the staff functions of a $3 billion business and he was instrumental in positioning IBM’s Southeast Region as the leader in billable services.

Mr. Rice became Chief Financial Officer and General Partner for the IBM Venture Capital Group in 1993 and then Vice President of Business Development for IBM’s Consumer Division in 1998. There he managed projects like IBM’s partnership with Berkshire Hathaway and Hallmark for the development of its breakthrough on-line research and learning platforms.

Mr. Rice also served as Chief Executive Officer of Edmark Inc., the IBM subsidiary that developed innovative educational software for children. In 2000 Mr. Rice orchestrated the spin-off of  IBM’s education content assets into Riverdeep Inc and was instrumental in Riverdeep becoming the fastest growing educational software company in the nation. Today, Riverdeep has educational products in some 45,000 schools in over 20 countries. 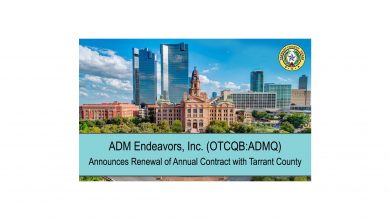 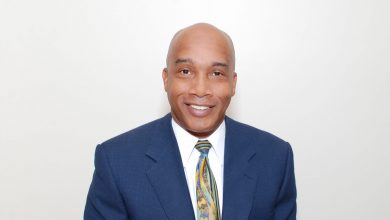