Effective
immediately, Mr. Steven H. Madden has assumed the role of Chief Transition Officer.
In this interim capacity, Mr. Madden will advise concerning managerial
transition and will also advise the Company’s Board of Directors.  Mr.
Madden has assembled and grown a portfolio of companies over the past 30
years.  As a Chairman and CEO, Mr. Madden and his management teams have
globally built, acquired, merged, and sold businesses, real estate and
investments in and around the industrial, automotive, aerospace and energy
industries.  His experience and expertise include manufacturing, engineering,
distribution, service companies, transportation, and top-grading management
teams.

Additionally,
Mr. Allen R. Parrott has been appointed as the Company’s Chief Financial
Officer.  Most recently, Mr. Parrott was the Chief Financial Officer of
GreenPath Logistics, an owner and operator of natural gas-powered
tractors.  He served in that role since December 2020, during which time
he led the creation of the ground transportation green fleet from
inception.  Previously, he served as Chief Financial Officer of
Continental Intermodal Group, a technology driven logistics company and as
Chief Financial Officer and Executive Vice President of Central Freight Lines,
a less than truckload carrier that generated approximately $300 million in
revenue per year during Mr. Parrott’s tenure.  In addition, he has
extensive leadership experience in global freight management, transportation,
contract logistics services and technology.  Mr. Parrott earned a Bachelor
of Science in Finance from the University of Houston, Clear Lake.

Mr. Jimmy
Frye, President of the Company’s 5J Transportation Group, has taken on
additional operational responsibility for 5J’s brokerage and commodity freight
services as well having over 40 years of transportation and trucking experience
behind his management of the entire 5J group.

Mr. Jason
Gassman, CPA has been hired as the Company’s Corporate Controller.  Mr.
Gassman, a Certified Public Accountant, brings to the Company 10 years of
finance and accounting management experience in the fields of transportation
and logistics. Mr. Gassman graduated with a Bachelor of Science from the
University of West Florida.

Mr. Jeffrey
Martini resigned his contract roles as Chief Executive Officer and Chief
Financial Officer of the Company, completing his service of strategy-setting,
cost optimization and revenue growth.  Mr. Martini will continue to assist
the Company in an advisory capacity to effectuate an orderly transition of
duties over the coming weeks.

Mr. Matt
Flemming, the Company’s Chairman, announced, “We are pleased to have attracted
this slate of deeply experienced transportation and logistics executives to
lead the Company through its next phase of growth.  Since our
transformation into a transportation services company last year, we have achieved
focus, captured share and grown organically.  Now, with this newly
acquired talent, we are well positioned to expand our size, profitability and
extend our footprint.”

Mr.
Flemming continued, “On behalf of the Board of Directors, I’d like to thank Mr.
Martini for his successful leadership and diligent efforts over the last 15
months.  Under his direction, the Company navigated through the 2020
downturn and has diversified by leveraging its assets towards infrastructure,
brokerage and flat-bed logistics. We appreciate his dedication and hard work
and wish him the best in his future endeavors.” 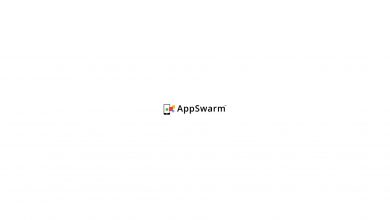