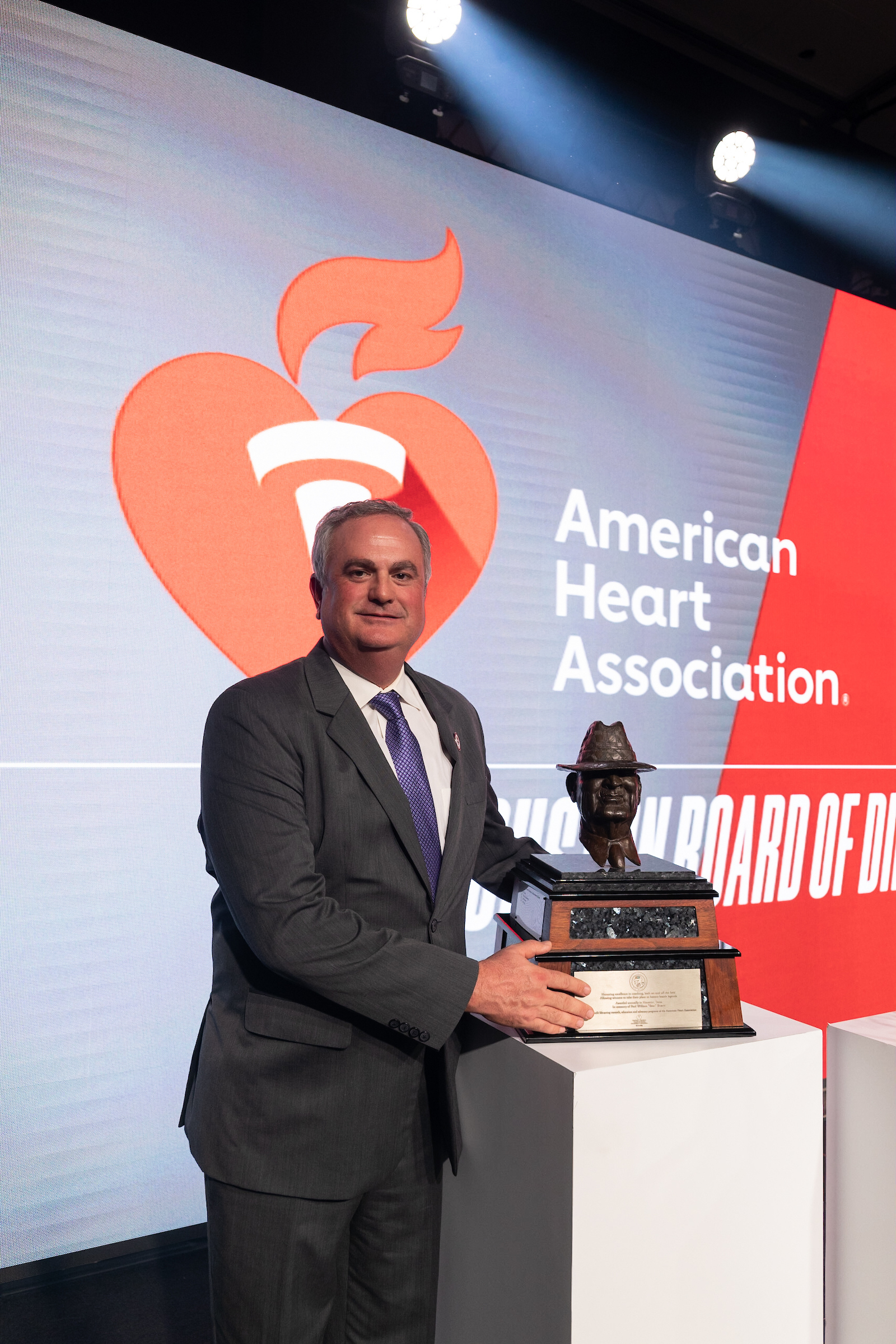 In his first season at TCU, Sonny Dykes led the Horned Frogs to a 13-2 season, a win over Michigan in the Fiesta Bowl and a trip to the national championship game.

“I accept this award on behalf of TCU. We are only as good of a coach as our players are, and I am blessed every day to work with the finest young people. I truly believe I learn a lot more from them than they learn from me. It is a real honor and privilege to get to do what I do every day. And thank you to the American Heart Association for what they do to save lives and to Marathon Oil for sponsoring this fantastic event,” said Coach Sonny Dykes. “I also want to thank my family. And TCU, thank you for believing in me and giving me the opportunity to coach these great young men.”

Held in Houston and televised live by the Bally Sports Southwest sports channel, the Paul “Bear” Bryant Coach of the Year Award annually recognizes the country’s top college football coach for their contributions both on and off the field, as well as efforts to make the sport better for athletes and fans alike by demonstrating grit, integrity and a winning approach to coaching and life. The Coach of the Year award is voted on by the National Sports Media Association, current NCAA College football coaches, former Coach of the Year Award winners, the Paul “Bear” Bryant Awards’ Executive Leadership Team and the Bryant family. This year’s event took on even more meaning following a series of heart-related events across the college and professional football landscape.

In 1983, football coaching legend, Paul “Bear” Bryant, died from a heart attack. Moved to amplify and drive education surrounding heart disease after his passing, the Bryant family teamed up with the American Heart Association in 1986, building on the Association’s Coach of the Year Award to create the Paul “Bear” Bryant Awards program. Each year since then, the awards have celebrated “Bear’s” legacy by recognizing coaching excellence while raising critical funds for research to eradicate cardiovascular disease.

“We are proud to announce Coach Sonny Dykes as this year’s award recipient and to have this opportunity to raise awareness of the American Heart Association’s live-saving mission,” said Shawn Lafferty, Senior Partner at KPMG Houston and 2023 Bryant Awards Chair. “Heart-healthy lifestyles are an important aspect of being gameday ready and through the awards we are reaching new audiences, educating and empowering about heart health, and the importance of overall wellbeing.”

In addition to the Coach of the Year, the winner of this year’s Fan Vote Favorite, presented by Accenture, Lifetime Achievement Award presented by Memorial Hermann, and Heart of a Champion presented by St. Luke’s Health, were all awarded.

Fans were able to participate in the awards with the third annual Coach of the Year Fan Vote, sponsored by Accenture. Starting in August 2022, fans cast votes for their favorite coach online at bryantawards.org/fan-vote/. In a hard-fought battle and record number of votes, Josh Heupel – University of Tennessee – Southeastern Conference won the Fan Vote. These dedicated fans can catch the program when it is re-aired on various Bally Sports affiliates in the coming weeks.

Marathon Oil Corporation, an independent exploration and production company based in Houston, has served as the presenting sponsor of the Paul “Bear” Bryant Awards for more than a decade, underscoring the company’s commitment to health and wellness and supporting initiatives that promote the well-being of workers and their families in the communities where they operate.

“Congratulations to Coach Sonny Dykes on joining this elite group of Bryant Awards Coach of the Year winners,” said Lee Tillman, Marathon Oil Chairman, President and CEO. “Marathon Oil, along with the Bryant family, is proud to support the lifesaving mission of the American Heart Association while carrying on Coach Bryant’s legacy.”