All figures are in USD$

(NewMediaWire) – December 3, 2020 – Trident Brands, Inc
(“Trident”) (OTCQB: TDNT) announced today that LiUNA Pension Fund of Central
and Eastern Canada (“LPF”) through Fengate Trident LP (“Fengate”), the holder
of $22.3 million in principal amount of Trident debt, agreed on November 30,
2020 (the “Agreement”) to convert into Trident equity an aggregate of $17.7
million of principal and accrued interest, comprised of $12.3 million in
principal amount of convertible notes and $5.4 million of accrued interest.

Under the Agreement, Trident
will issue 29,432,320 shares of company preferred stock (“Trident Preferred
Stock”) to Fengate in full and complete satisfaction of $12.3 million of
convertible notes and $5.4 million of accrued interest (an aggregate of
$17,659,392) (representing a conversion rate of $.60 per share). As a result,
the $12.3 million of Convertible notes (which were previously convertible into
common stock at a conversion price equal to a 25% discount to the average
closing price of Trident’s common stock for 10 trading days) will be
eliminated.  The Trident Preferred Stock will have certain voting rights,
a dividend and liquidation preference, and be entitled upon a sale of the
Company (to be further defined in definitive agreements) to receive the same
consideration per share as a share of Trident common stock.

The consummation of the conversion transaction
is subject to (i) Trident shareholder approval of the authorization and
issuance of the Trident Preferred Stock and (ii) Fengate’s obligation to remain
in compliance with regulations governing its ownership of voting shares.
There can be no assurance that the conversion transaction will be consummated.

After giving effect to the conversion
transaction, Fengate will hold $10 million in principal amount of Trident debt.
In addition to the conversion of debt to equity, the Agreement amends the $10
million Notes to (i) eliminate the conversion feature of such Notes, (ii)
provide for a simple interest rate of 8% per annum, with the first 2 years of
interest payable at maturity of the Amended Notes (November 30, 2025) and the
last three years of interest payable quarterly beginning February 28, 2023; and
(iii) extend the maturity of such Notes from December 31, 2021 until November
30, 2025.

Upon consummation of the conversion of debt to
equity, Trident’s financial condition will have been significantly improved.
Balance sheet benefits include reduction of long-term debt by $11 million,
elimination of derivative liability (non-cash) ($30 million as of August 31,
2020), and reduction of accrued interest by $5.4 million.

Full details of the Agreement can be found in
Trident’s 8-k filing filed with the SEC on December 1, 2020.

Tony Pallante, Chairman and CEO of Trident,
stated, “This is a major and very positive restructuring of the Company’s
balance sheet with $17.7 million of debt moving into equity. In addition, the
remaining debt has been pushed off into long term and not due and payable until
December 1, 2025 instead of 2021, giving the company significant runway to
achieve its business objectives.”

This press release contains
“forward-looking statements” within the meaning of the
“safe-harbor” provisions of the Private Securities Litigation Reform
Act of 1995 that are not historical facts. These statements can be identified
by the use of forward-looking terminology such as “believe,”
“expect,” “may,” “will,” “should,”
“project,” “plan,” “seek,” “intend,” or
“anticipate” or the negative thereof or comparable terminology, and
include discussions of strategy, and statements about industry trends and the Company’s
future performance, operations, and products. Such statements involve known and
unknown risks, uncertainties and other factors that could cause the Company’s
actual results to differ materially from the results expressed or implied by
such statements. Such risks and uncertainties include, without limitation,
Trident stockholder approval of the Preferred Shares, regulatory compliance and
acceptance of the planned debt conversion by Fengate Trident
LLP,  market acceptance of the Company’s forthcoming line of
nutritional products; the Company’s compliance with applicable Food and Drug
Administration regulations; the Company’s reliance on third-party contractors
to mix and produce its products; the Company’s ability to develop an effective
marketing strategy; the Company’s ability to control advertising and marketing
costs; the Company’s ability to develop and increase awareness of its
forthcoming brands; the success of the Company’s marketing focus to retail
buyers; the Company’s exposure to product liability claims and intellectual
property claims from third parties; and the Company’s reliance on the expected
growth in demand for its products. For a discussion of these and other risks
and uncertainties see “Risk Factors” and “Management’s
Discussion and Analysis of Financial Condition and Results of Operations”
in the Company’s public filings with the SEC. Although the Company believes
that the expectations reflected in such forward-looking statements are
reasonable, there can be no assurance that such expectations will prove to be
correct. The Company has no obligation to update the forward-looking
information contained in this press release. 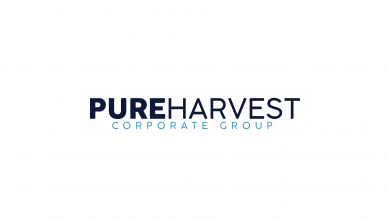 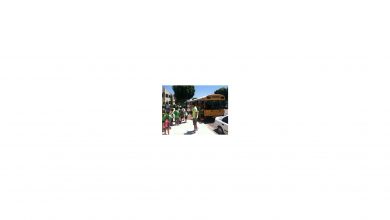 Last Week for the Museum to Reach their Goal

PENNEXX Prepares for Uplisting to OTCQB, Discusses the Value of its $34.9 Million NOL Carryforward, and Announces Issuance of Shares to its Management Staff