(NewMediaWire) – January 24, 2022 – DALLAS – Women ages 35 years and younger were 44% more likely to have an ischemic stroke (caused by blocked blood vessels in the brain) than their male counterparts, according to a new review of more than a dozen international studies on sex differences in stroke occurrence, published today in a Go Red for Women® 2022 spotlight issue of Stroke, a peer-reviewed journal of the American Stroke Association, a division of the American Heart Association. 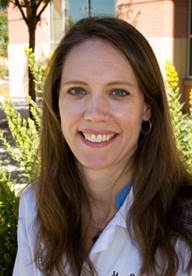 “In this second annual Go Red Stroke issue, we have compiled some outstanding articles to inform our readers about multiple important clinical and translational science issues addressing gaps in our knowledge of stroke among women,” said Stroke Editor-in-Chief Ralph L. Sacco, M.D., M.S., FAHA, chair of the department of neurology, and the Olemberg Family Chair in Neurological Disorders and executive director of the Evelyn F. McKnight Brain Institute at the University of Miami Leonard Miller School of Medicine, in Miami. “Stroke affects more women each year than men. We want all stroke professionals to know about the latest research on the recognition, prevention and treatment of strokes among women.”

In the article, “Systematic Review of Sex Differences in Ischemic Strokes Among Young Adults- Are Young Women Disproportionately at Risk?” (Leppert et al.), researchers looked at the differences in stroke incidence among women and men in various young adult age groups. They reviewed studies from January 2008 to July 2021 published and indexed on PubMed, one of the largest online research databases in the world managed by the National Library of Medicine at National Institutes of Health. They included original studies that were population-based and focused on young adults 45 years of age and younger. The studies included data on any stroke type, including ischemic strokes; hemorrhagic strokes (a bleed that occurs when a weakened blood vessel ruptures); TIA, or transient Ischemic attack, also called a mini-stroke (caused by a serious, temporary clot); and cryptogenic strokes for which no known cause is identified. Most of the strokes in the review were ischemic strokes, which account for about 87% of all strokes.

The researchers identified 16 studies, including a combined total of 69,793 young adults with stroke (33,775 women and 36,018 men), from more than half a dozen countries, including the U.S., Canada, France and The Netherlands.

The authors’ analysis identified the sex differences in the incidence of ischemic strokes was the greatest and most evident among adults younger than age 35 years, with an estimated 44% more women than men in this age group experiencing ischemic strokes. This sex difference narrowed among adults ages 35 to 45 years. Sex differences in older age groups were more difficult to determine due to wide variability in the way data was presented among the studies in this systemic review. The researchers were also not able to identify specific causes behind the higher prevalence of strokes in young women compared to young men.

Researchers noted the variables of their data set that posed limitations to their review included: study populations spanning different continents, including 15 different countries with varying levels of development, and the diversity of the study participants from numerous racial and ethnic groups; methodological differences among the studies; and possible publication bias because larger epidemiology studies may not have published results in the younger age groups due to the relatively small number of cases captured. According to the researchers, the incidence of ischemic stroke increases exponentially with age, and only 15% of all ischemic strokes occur in adults younger than age 50 years.

Based on their analysis, the researchers concluded, “Traditional atherosclerotic risk factors are a major contributor to ischemic strokes in both young men and women and become increasingly important with age. However, these risk factors are less prevalent in younger women and may not account for the observed higher incidence of ischemic strokes in women younger than age 35. Young women who are survivors of ischemic stroke also have worse outcomes, with 2 to 3 times higher risk of poorer functional outcomes compared to their male counterparts.”

The researchers said more research is needed to better define the sex differences of ischemic stroke in young adults and the contributions that non-traditional risk factors, such as pregnancy, postpartum and hormonal contraceptives, may play in the overall burden of ischemic strokes in young women.

“Our finding suggests that strokes in young adults may be happening for different reasons than strokes in older adults. This emphasizes the importance of doing more studies of stroke in younger age groups so that we can better understand what puts young women at a higher risk of stroke,” said study co-author Sharon N. Poisson, M.D., M.A.S., an associate professor of neurology at the University of Colorado, Denver. “Better understanding which young adults are at risk for stroke can help us to do a better job of preventing and treating strokes in young people.”

In a commentary review also published in today’s special Stroke issue, “Advances in Stroke: Stroke in Women,” (Bushnell and Kapral), the authors summarized new knowledge about stroke in women. They found recent evidence suggests that:

The full issue of the Stroke Go Red for Women® 2022  issue can be accessed here. 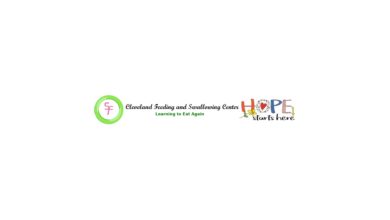