This weekend we held the first GGToor Triple Header, with events for three different games running over the same weekend. Friday was Apex Legends, Saturday was Minion Masters, and Sunday was Clash Royale; the three events drew a combined total of over 725 player registrations and over 1,000 Twitch viewers combined. The corresponding gaming communities have embraced GGToor and are working in conjunction with our team to bring more participants to our events.

On the Apex Legends, this week’s shad JukaBowl tournament event had 360 participants playing. Over 120 FEMALES were competing. This was our largest single Apex Tournament to date and to it was remarkable that over 33% of the participants were female. It makes all the work behind the scenes worth it when the Company generates these kinds of numbers. The Company’s efforts to bring more female players are working and the event had over 466 twitch viewers.

The third of the tournaments this weekend was GGToor’s popular Knight’s Duel events for Minion Masters. They were held in conjunction with the game’s developer BetaDwarf and Team Mana Frenzy. The tournament was streamed in its entirety on BadAsAFish80’s Twitch channel where he hosted the event and was joined for commentary and analysis by Cosmic Vortex42, NobbyTime, and DfogoX.  Caster cams and “Dual Deck” technology were again utilized to maximize the viewer experience with over 440 Twitch viewers.

Though there is certainly valuable insight linking good physical health to enhanced gamer performance, it is ultimately inconsequential whether the gamer stands at 5’2 or 6’8 tall. They can both excel at the highest levels of League of Legends, CS: GO, Dota 2, or any other game. eSports can further level the playing field for factors such as gender, culture, and location. This democratization of participation contributes to eSports’ allure and its generation of a globally engaged fan base. eSports is also unique in that a player’s success is independent of how tall, strong, thin, or fast they are.

We at GGToor first and foremost put the gamer first. This affords customers a unique one-on-one experience and interaction with some of their favorite players, vloggers, and more. Engagement is key to increasing participation and views, and platforms like Twitch that encourage this interaction.

John V Whitman Jr, CEO, said this about the weekend’s tournaments: “I recall just a few short months ago how crazy nervous we were holding our first tournament. It was small and we did not have a clue what we were doing and to think we held three tournaments in one weekend flawlessly is beyond a moment of jubilation and pride. In addition, after seeing the numbers of viewership and the numbers of participants the Company entertained this weekend gives me tremendous comfort; we have charted the correct course.”

Want to participate? Find the plan that best suits you, can choose between Bronze Plan Gold Plan Diamond Plan https://ggtoor.com/join.php .  If you want to be an organizer bring your team or friends to GGtoor.com we can help you grow and support, you so you can reach a worldwide audience of similar-minded individuals that like to compete and have fun you can be sure that GGToor.com is here to grow with you. Just follow the link to sign up as an organizer https://ggtoor.com/organizerlogin.php if you have any questions about our events visit Discord https://discord.gg/GUhyZxFH8Q, https://twitter.com/ggtoor/ , https://www.twitch.tv/ggtoor, https://www.facebook.com/eShadowGaming

Sports Venues of Florida, Inc., is a developmental stage company engaged in the business of eSports, and the development of youth sports and family entertainment complexes. The company, through its wholly owned subsidiary, Shadow Gaming, Inc., has aggressively entered the eSports market. Shadow Gaming’s new portal GGToor.com has been launched and is one of the most comprehensive gaming portals in the world. The Company is now accepting subscriptions from players, gamers, and tournament organizers. To register logon to . In addition, the company plans on operating a few subsidiary companies from high tech data management businesses to product and support businesses. Finally, the Company is actively looking for locations to build indoor eSports arenas that will host major international gaming tournaments.

Forward-Looking Statements. This press release may contain “forward-looking statements” within the meaning of Section 27A of the Securities Act of 1933 and Section 21E of the Securities Exchange Act of 1934. We intend all forward-looking statements to be covered by the safe harbor provisions of the Private Securities Litigation Reform Act of 1995. Forward-looking statements generally can be identified by the fact that they do not relate strictly to historical or current facts and by the use of forward-looking words such as “expect,” “expectation,” “believe,” “anticipate,” “may,” “could,” “intend,” “belief,” “plan,” “estimate,” “target,” “predict,” “likely,” “seek,” “project,” “model,” “ongoing,” “will,” “should,” “forecast,” “outlook” or similar terminology. These statements are based on and reflect our current expectations, estimates, assumptions and/ or projections as well as our perception of historical trends and current conditions, as well as other factors that we believe are appropriate and reasonable under the circumstances. Forward-looking statements are neither predictions nor guarantees of future events, circumstances or performance and are inherently subject to known and unknown risks, uncertainties and assumptions that could cause our actual results to differ materially from those indicated by those statements. There can be no assurance that our expectations, estimates, assumptions and/or projections, including with respect to the future earnings and performance or capital structure of Sports Venues of Florida, Inc. 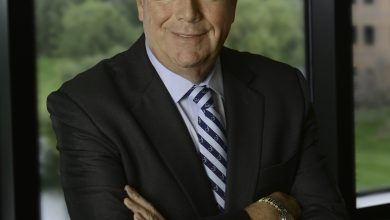