In addition to seeking bids for drilling contractors, IEC has started the procurement and services engagement processes necessary to quickly commence its planned drilling operations for six new wells when its operatorship at Kruh Block renews in May 2020.  This activity includes the procurement of drilling rig and other required services as well as all drilling goods. The procurement processes is expected to be be completed in the second quarter of 2020 so that drilling can commence in close proximity to the renewal of the Kruh operatorship.

In a recent press release, IEC noted that notwithstanding the recent drop in oil prices and global outbreak of the novel coronavirus, the company remains on track to move forward with its 2020 plans to drill and complete six new production wells on its 63,000 acre Kruh Block, located on the island of Sumatra, which is expected to significantly increase production and cash flow in 2020.

As previously announced, it is expected that these 6 new wells will only cost approximately $1.5 million each and will bring IEC’s average production cost to only US$21.34 per barrel (or possibly lower). This compares to the many companies in the United States that have announced the suspension of their drilling operations on their uneconomic assets.

Regarding IEC’s 2020 exploration and appraisal plans for its 1,000,000 acre Citarum Block, the company announced that it has completed the technical evaluation for 2D Seismic survey planning and the Environmental Baseline Assessment and has also attained the government approval of a permit to commence the 2D seismic survey acquisition program.  The new seismic data will allow IEC to make better predictions of the reservoir extent and select the best drilling location for delineating the gas discoveries.

Mr. Frank Ingriselli, IEC’s President commented “As we announced just a few days ago, we remain on track with our production well drilling program at Kruh for 2020, and now we have taken further steps to start such operations. With the commencement of the well bidding process, we expect to have a drilling contractor secured in the near term and, with the permits issued by the government, we should be on-track to significantly increase production and cash flow this year.  We are blessed with an asset that has such a low cost of production that notwithstanding the drop in world crude oil prices and the coronavirus outbreak, we believe we are still positioned to deliver on our development plans and drive shareholder value. The same is true for our 1,000,000-acre Citarum Block on the Java near Jakarta where natural gas prices are at a 400% premium to the prices in the United States.”

All statements in this press release of Indonesia Energy Corporation Limited (“IEC”) and its representatives and partners that are not based on historical fact are “forward-looking statements” within the meaning of the Private Securities Litigation Reform Act of 1995 and the provisions of Section 27A of the Securities Act of 1933, as amended, and Section 21E of the Securities Exchange Act of 1934, as amended (the “Acts”). In particular, when used in the preceding discussion, the words “estimates,” “believes,” “hopes,” “expects,” “intends,” “plans,” “anticipates,” or “may,” and similar conditional expressions are intended to identify forward-looking statements within the meaning of the Acts, and are subject to the safe harbor created by the Acts. Any statements made in this news release other than those of historical fact, about an action, event or development, are forward-looking statements. While management has based any forward-looking statements contained herein on its current expectations, the information on which such expectations were based may change.  These forward-looking statements rely on a number of assumptions concerning future events and are subject to a number of risks, uncertainties, and other factors, many of which are outside of the IEC’s control, that could cause actual results (including, without limitation, the anticipated results of IEC’s 2020 exploration and production activities and the impact of global oil prices and the novel coronavirus outbreak as described herein) to materially and adversely differ from such statements. Such risks, uncertainties, and other factors include, but are not necessarily limited to, those set forth in the Risk Factors section of the Company’s registration statement and related prospectus for the IEC’s initial public offering filed with the Securities and Exchange Commission (SEC). Copies are of such documents are available on the SEC’s website, www.sec.gov. IEC undertakes no obligation to update these statements for revisions or changes after the date of this release, except as required by law. 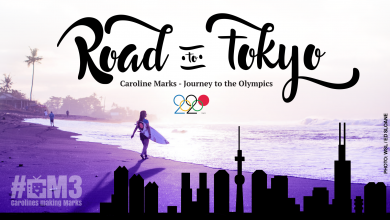 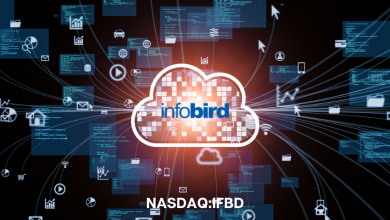